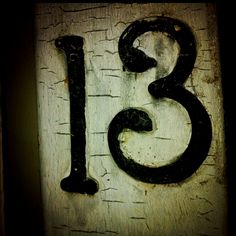 Many hotels and buildings skip the number 13 when counting their floors. It’s well-known the number is unlucky, and everyone has heard Friday the 13th brings with it bad luck. A boarding pass with the seat number 13 might make you uneasy, right?

The number provides a mysterious obsession in our culture and professional people (doctors and lawyers included) won’t schedule important procedures or proceedings on the 13th of the month. Even if you don’t realize you fear this number, I’m sure you’ve seen someone else take precautions around this date.

So why is the number 13 seen as a bad number? Why is Friday the 13th so feared?

People versed in history can recall that in Norse Mythology Loki caused the God of Light’s death after arriving to a party as the 13th guest. In Roman history, witches gathered in groups of 12 and believed the 13th guest would bring evil to their group. On Friday, October 13th, King Phillip of France commanded the Grand Master and the Knights of the Knights Templar be arrested. Lastly, Christians know there were 13 attendees at the last supper, but they might be unaware that Friday is considered the day of Christ’s crucifixion.

All of these examples together show a longstanding belief that the number brings negativity.

In numerology, 12 is considered fulfilling and completing. Easy examples to follow are: the number of months in a year, the number of hours on a clock’s face, how many items are in a dozen, and the number of signs in the zodiac.

Simply speaking, the number 13 might take unnecessary heat because it follows such a complete number, and people might believe it to cause an imbalance.

This fear is changing in many cultures, and there are groups of people who work to remove the negative stigma by finding the magnetism of the number 13. Modern Wicca and pagans, for example, believe in finding the good in the number so it can balance out the bad. In Judaism, the number symbolizes the age of maturity and the number of principals they have in their own faith.

See? It’s not always so bad.

If we go back to numerology, we can reduce the number 13 into a simple equation of 1 + 3, leaving us with the number 4, and the number four is another number we associate with completion or totality: there are four seasons in each year and four true directions on a compass.

What you should know is this:

Even though there are reasons people squirm and believe the number 13 to be bothersome, there are also plenty of ways to see the number in a more positive light. Chalk up the superstitious to events that have coincidentally happened on this date and the unlucky positioning of the number behind 12.

There is simply no reason to avoid going out on the 13th of each month. Yes, even on a Friday. If you’re still not convinced, I should also mention that trying to protect yourself will actually make you miss out on a lot, as the 13th day of the month falls on Fridays more than any other day.

Why Mistletoe?
Scroll to top